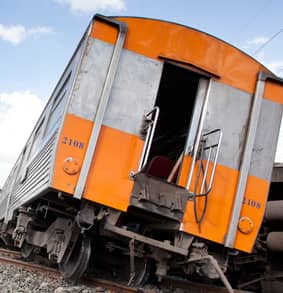 The tragic train-truck crash in Clarendon Hills on Wednesday that killed a Metra BNSF passenger also injured four other passengers including the conductor and train engineer. The train struck a slow-moving semitrailer truck when it became stuck behind another vehicle. The truck driver leaped to safety without injuries.

A federal investigation will ultimately identify the cause, but early news reports indicated the train was running on an altered schedule because of an earlier mechanical problem on another train. It was racing to Union Station when the crash occurred.

Sadly, railroad crossing accidents are all too common. There were more than 2,100 train-truck collisions and 237 deaths in the U.S. in 2021. Even worse, there are about 5,800 train-car crashes each year in the United States, most of which occur at railroad crossings, according to the U.S. Department of Transportation.

Many of these catastrophic accidents can have a devastating impact on the physical, emotional and financial health of the victim and their loved ones. Brain and spinal cord injuries, and loss of limb or bodily functions will likely require surgery, follow-up appointments and physical therapy.

Trucking and transportation liability cases involve a complicated group of laws and large amounts of evidence. Because the industry is heavily regulated, an accident involving a semi-trailer truck or a train is often significantly more complex than an automobile or pedestrian accident case. Many parties may be held liable in a truck-train accident claim and need to be identified and held accountable.

If the death or injury is due to another person’s negligence or carelessness, a personal injury lawsuit can enable you to hold the at-fault party accountable for your injuries. An experienced transportation accident lawyer like those at Smith LaCien LLP can provide you with the compassionate, yet aggressive representation you need and deserve. Contact us today.