Accessing the Chicago lakefront can be dangerous. Just ask any cyclist. 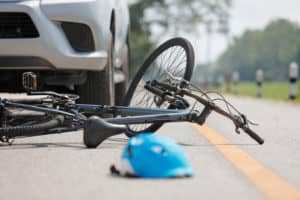 Two bicyclists have already been struck by a car and killed this year in the DuSable Lake Shore Drive crosswalk to the Lakefront Trail. It didn’t have to happen.

Cycling advocates say Chicago has long known the locations of the most dangerous access points and has done nothing to make them safer. Christina Whitehouse, the founder of Bike Lane Uprising, recently told Block Club that “people go out of their way to get to the lakefront path, and it’s proving deadly.”

The Mayor’s Office has a Pedestrian Advisory Council and Bicyclist Advisory Council that is supposed to meet quarterly and discuss in part the safety issues that cyclists and pedestrians face. They have not met since 2020 – not even remotely during the pandemic.

A 2005 survey of Chicago residents showed that improving the Lakefront Trail was a clear priority when respondents were asked what they’d like to see built or improved upon, according to the Chicago Department of Transportation (CDOT).

Lakefront Trail Improved But Not Enough

The trail has seen major improvements, but bicyclists said there still aren’t enough tunnels or other safe connectors, which leaves them no choice but to cross Lake Shore Drive – often to their peril. The existing tunnels are often inaccessible due to flooding or other factors forcing bicyclists to cross Lake Shore Drive. Whitehouse said the city often fails to post notifications when a tunnel is inaccessible.

CDOT has plans in the works to build five bridges on the South Side that will improve access to the lakefront. The fourth and most recent project is the 43rd Street overpass; the final project, to rebuild the vehicular bridge over the railroad tracks at 31st Street, was scheduled to begin in late 2021. Advocates claim those changes aren’t enough.

For cyclists who are unfortunate enough to be struck by a car or other vehicle, they should seek medical attention immediately, report the incident to the police and exchange contact information with other parties including any witnesses.

They should also contact a lawyer. An experienced personal injury attorney can help determine what occurred and who is responsible. Holding the right parties accountable for injuries or wrongful death can enable you to get the compensation you and your family deserve. For a free consultation, call the lawyers at Smith LaCien LLP at (312) 509-8900 or send an email to: info@smithlacien.com.